What is Tai Chi Chuan? 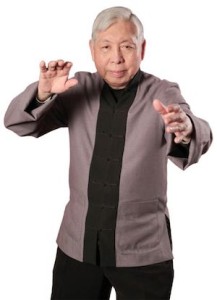 Tai Chi Chuan is a movement art that originated in Chinese culture and is over six hundred years old. It is based on exercises that are carried out in line with certain principles in a fixed order, known as the form.

It seems certain that until the 19th century Tai Chi Chuan was taught only within particular families or monasteries. In the 19th century Yang Lu Chang (1799 – 1872) managed to enter the house of the Chen family as a servant and he succeeded in learning the secret art. Later he taught publicly in Peking and began to modify Tai Chi Chuan. This marked the creation of the Yang style.

“Tai Chi Chuan is the art of moving slowly”

The movements are carried out in a relaxed, slow and evenly flowing way. This creates a flow of energy that leads to a balance of body and mind. This “meditation in movement” can be practiced by all, be it for physical health, the art of self-defence or simply to enjoy life.

“Tai Chi Chuan as the art of self-defence”

The movement principles that are learned first are then put into practice in partner exercises. These exercises give the student the chance to test his Tai Chi abilities. The deeper meaning of the principles underlying the movements becomes clearer and this leads to a more profound understanding of Tai Chi Chuan.

During the last century Tai Chi Chuan underwent great changes in the way it is practised. Simplified forms were developed to help make Tai Chi Chuan more popular. The most explosive and powerful elements were removed, while the relaxed, soft and graceful elements were emphasized more strongly. This led to the martial aspect becoming less important.

As a result, Tai Chi Chuan became an outstanding exercise for promoting health. It can be described as “mediation in movement” and is used, among other things, for healing chronic diseases of the lungs, the digestive system, the heart and the circulation.